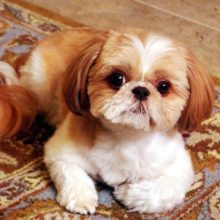 I want to share a miraculous story that involves my precious little 7-year old Shih Tzu, Asia. Even I was surprised by the healing that occurred so rapidly. On Thursday, August 13, 2015, I noticed Asia dragging her tail along the ground when it’s normally curled over her back.  First I noticed she was not her lively energetic self and didn’t want to play.

She was unable to raise her tail or move her bowels for 2 ½ days even though her appetite was good.  Needless to say as an animal lover and a nurse, I was very concerned. 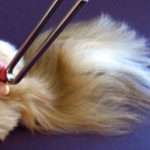 When I brought her to the veterinarian, they examined and x-rayed her. They poked around her tail with a needle but Asia did not respond.  I was told that she had some type of an injury to her tail that resulted in nerve damage.  The only thing I can think of is that she tried to jump up on the bed and fell on her tail. There was no fracture, however, she had swelling at the base of the tail.  I am thankful she still had blood supply to the tail for the alternative is amputation.  They referred me to a neurologist.

When I returned home, I decided to put Asia on my sound/color/light table and worked with her for 55-minutes using the protocols for animals.  As she lay very still and calm, I could tell she was quickly absorbing the soothing healing vibrations.  I used specific tuning forks like the pitches F and C to introduce the correct frequencies into designated areas of her body to assist her body’s healing.  I used colored lights on her, like yellow, red, blueberry and gold to decrease inflammation and swelling, clear blocks in the root and other chakras, and strengthen the nervous system. 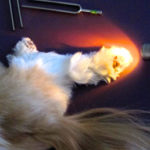 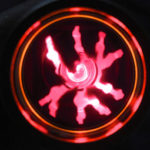 Amazingly 10-minutes after I finished, Asia wanted to go outside and she had two bowel movements, as I lifted her tail to help her out. Then suddenly, as she saw some children and ran to them, her tail raised up off the ground for about 20-seconds.  I grabbed my phone and took a video of the last 10 seconds.  I was shocked!  I immediately sent the video to the vet.  He called me back saying that Asia should not be able to do that with damaged nerves.  I told him about the healing session I gave her and he said he didn’t understand it but I should keep working on her.

Over the next 2½ days, Asia received 5 more healing sessions from me before seeing the neurologist.  Gradually her tail was staying raised for longer and longer periods of time. My heart was filled with so much joy knowing I was helping her. As a nurse, I questioned whether or not there was the possibility of a placebo effect, which has been reported with animals and deemed to be more of the animal caregiver’s interpretation of the outcome. However, since Asia’s outcome was an obvious clinical shift and not my subjective observation, I believe there was no placebo effect involved in her healing.

When we arrived at this specialist’s office, Asia was already her perky self. The veterinarian neurologist listened to the story and examined her.  Asia cried out in pain when they tested her tail for any sensation. Even though they apologized, it was music to my ears.  Her nerves were repairing themselves. The vet said his wife practices Reiki and he knows it works, so even though he does not quite understand what it is that I do, he said it’s working and for me to keep on doing it. For the next week, Asia received daily sound/color/light sessions without the use of any anti-inflammatory medications. 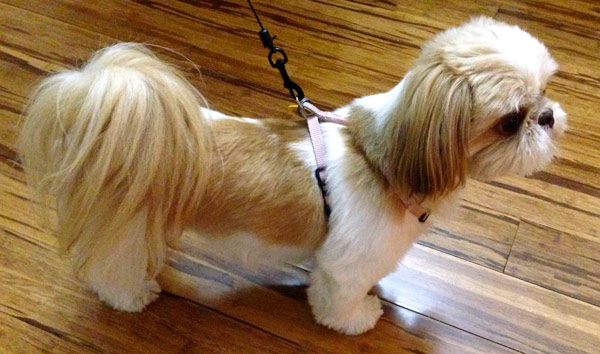 Asia completely healed after one-week. I feel very blessed and appreciative of the knowledge and experience I’ve acquired over decades.  Notice in the photo how her her tail is curled over her back in its proper healthy position. I respect Asia’s two veterinarians for their ability to look at alternative and integrative healing modalities as viable and beneficial. For those of us who practice vibrational medicine and walk in both the spiritual and scientific worlds, we know energy medicine is real and will be an integral aspect of the medicine of the future.

COPYRIGHT NOTICE – NO PART OF THIS ARTICLE MAY BE USED WITHOUT THE WRITTEN PERMISSION OF JAN KINDER.