Surviving the Stress/Uncertainty of the Current Political Climate 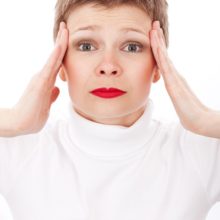 The first 100 hundred days of the new administration have come and gone. Has there been any change or reduction in the stress levels of Americans? Have people’s lives gotten back on track? Yes and no.

The American Psychological Association conducted the Stress in America™: Coping with Change survey in January 2017. The report revealed an increase in anxiety and fear, among both Republicans and Democrats, following the election. The sources of stress included the current political climate and the future of the nation. No matter which side of the political arena, election stress was a factor among those surveyed. Stress has no boundaries and this is one topic both party members can agree on.

An outcome of the election is a new term known as Post-Election Stress Disorder, or PESD. Is it real? Some professionals say yes. I have a different opinion. First, I do not agree with the “disorder” label. Presently, PESD is not a valid medical or mental disorder. As a health and wellness nurse coach specializing in holistic stress solutions, I perceive the post-election stress symptoms not as a categorical disorder as much as the multidimensional challenges of chronic stress. Mismanaged anger, fear of uncertainty and feelings of helplessness and not being in control are remarkable high.

The constant doom and gloom served up in the news can be overwhelming. Turn on the news at any given moment and you will see reports on terrorism, economic concerns, nuclear testing, immigration, environmental change, natural disasters, and the list goes on and on. When feeling threatened the fight, flight or freeze response is triggered, resulting in anger, fear or feeling paralyzed and powerless. The inability to cope plus our reaction to the stressors, and not the stressors themselves, play havoc with our lives.

Studies have shown that up to 90% of chronic illnesses, are stress related and therefore preventable. It is known that chronic stress effects the immune system, contributes to hypertension and cardiac disease, and is a cause of obesity. Prolonged stress affects wellbeing on all levels. I’ve noticed an increase in clients and friends complaining about higher stress levels. I observe how they are drawn into and affected by the daily drama of the current political climate.

The most common complaints are sleep pattern disturbances, feeling mentally scattered, emotional upset and depressed. They express friction and separateness among their friends and co-workers when it comes to engaging on social media and in-person conversation.

Have you ever known an argument between two people to dissipate because one side gave in, especially when the discussion involves politics or religion? Release the ego’s need to win an argument or convince another to have a change of mind. It’s not our responsibility to alter someone’s beliefs. Everyone is correct from their point of view and level of awareness, as hard as that is to accept. Reserve your energy and spare your emotions. The body and mind will thank you later.

The present political climate may or may not change. The stressors in life do not change. However, our perceptions and interpretation towards them do. The power of thought determines our resilience. It is a choice. As William James has been quoted, “The greatest weapon against stress is our ability to choose one thought over another.” How we clear and cope with stress is a personal decision. During these time of change and uncertainty, our sense of wellbeing can not only survive but thrive.

The information contained in this article is for educational purposes and is not intended to be a substitute for professional medical advice, diagnosis, or treatment. Consult with your doctor first before starting any new practices or health programs.

Copywriter Notice: No part of this article may be used without written permission of Jan Kinder.

May 11, 2017 | by Jan Kinder | No Comments
Categories: Uncategorized.
« 12 Tips for a Super Holiday
Our Basic Human Spirit Revealed »